“I have only been using my sleep appliance for about two months. It helps me sleep so well that I’m off my blood pressure meds and I’ve lost 20 pounds. I was recently in the hospital and the doctors and nurses were surprised by how well this appliance worked to keep me breathing all night. I no longer wake up with headaches due to low oxygen levels at night. I no longer have dry eyes from air leaks from my CPAP mask. I was originally drawn to Dentistry With TLC just for the sleep appliance, but they took such great care of me now I come here for my dentistry too.”

“I couldn’t sleep at night when I used a CPAP so I called Dr. Smith and had her make me an oral appliance to treat my sleep apnea. The appliance helps me breath and I have more energy all day. Even though I don’t live close to Dentistry With TLC and I had to pay for the appliance all by myself because my insurance didn’t cover it, I would still recommend Dr. Smith and the people at Dentistry With TLC because they are professional, courteous and great at what they do.” 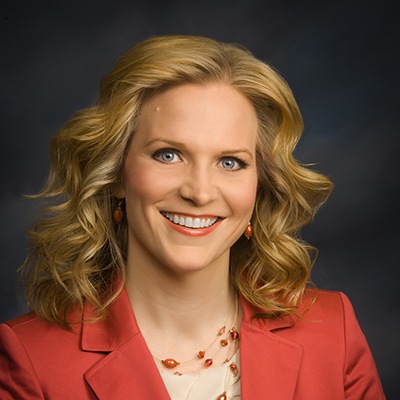 Shortly after I got married, I became annoyed by my husband’s loud snoring.  I would lay awake for hours every night wondering how he could sleep through the noise.  After a few weeks I realized that he wasn’t just snoring.  There was more to the story than just the intense noise.  I would listen every night as his snoring would stop for several seconds, sometimes minutes at a time.  After these moments of silence, he would suddenly take a deep breath, snore really loudly and usually roll over or turn his head.

I finally realized during these moments of silence my husband wasn’t breathing.  Sometimes, I could even hear him struggling to try and take a breath.  Every morning he complained of being tired and feeling like he didn’t sleep very well.  We tried going to bed earlier to get more sleep, but it didn’t seem to help.  By mid-morning, he wanted to take a nap and every evening he would fall asleep when we were watching television.  Several times, he even fell asleep while he was driving!

After months of struggling with exhaustion, he had a sleep study and he was diagnosed with severe sleep apnea.  The test showed he stopped breathing 80 times an hour, sometimes for 2 minutes at a time.  He was literally suffocating in his sleep!  Once he knew the problem, he was scared to go to sleep. He knew he could die in his sleep from lack of oxygen to his brain.  This lead to insomnia and made him more tired.  The doctor recommended that he use a CPAP to treat his sleep apnea.  He tried to use the machine, but couldn’t stand to have the mask on his face because he is claustrophobic.  He also didn’t want the hassle of dealing with the hoses and the water, not to mention the nightmare of trying to travel with a breathing machine.  He would complain that the whole ordeal just made him feel old.

I began to investigate if there was anything I could do to help.  I was elated to discover that dentists can treat sleep disorders!  I enrolled in special training and spent most of my free time for five months reading articles and textbooks and flying all over the country attending seminars to learn how to help patients with sleep disorders and snoring.  I learned that people have died in their sleep when they suffer from sleep apnea and do not treat the condition.  It also creates other problems during the day, such as high blood pressure and daytime drowsiness.

After completing my training, I made my husband an oral sleep appliance. It looks like a retainer and he only wears it while he sleeps.  He says it’s comfortable and easy to wear.  After using the oral sleep appliance for two nights, he reported that he felt more rested when he woke up in the morning.  After a week, he was no longer snoring and I was sleeping better too.  After a month, he no longer stopped breathing in his sleep and he felt alive again!

I am so glad I spent the time to be trained in treating sleep disorders. I love hearing from my patients who use an oral sleep appliance that they no longer fall asleep at work, they have the energy to play with their kids.  They can stay awake when watching a movie with their spouse, no longer have to get up to go to the bathroom in the middle of the night and many don’t have to take their blood pressure medication anymore. Most importantly they can sleep in the same bed with their spouse again, don’t have to use the CPAP and can just enjoy life again!

If you snore or suffer with a sleep disorder, or know someone who does please don’t wait to call me.  I’ve witnessed the devastation that these disorders can create.  I understand your apprehension and the frustration of your situation.  Call me now and make an appointment for a consultation.  This appointment could save you or your loved one’s life.

Snoring can be a symptom of a serious medical condition that can be life threatening.  Dr. Smith knows that it is very important to determine whether or not your snoring is a symptom of the slow killer, obstructive sleep apnea.  It is very important to understand that snoring is thunder (just noise) and sleep apnea is lightning (potentially very lethal).

Snoring (thunder) is the sound made when the tissues of the palate, tongue and throat partially block the airway and vibrate against the back of the throat.  It is estimated that 45 million people snore every night affecting themselves and their bed partners.  Snoring can lead to more serious health problems.

Obstructive Sleep Apnea (lightning) affects more than 20 million Americans and can lead to high blood pressure, heart attacks, stroke, depression, muscle pain, excessive daytime sleepiness and other destructive problems.  Obstructive Sleep Apnea is a condition where the tissues of the throat and tongue completely block the airway causing brief periods of suffocation, which can dangerously reduce the body’s oxygen levels.  The brain alerts the muscles of the airway to open the blocked airway to prevent brain damage or death.  This disrupts the quality of sleep.  However, most people with obstructive sleep apnea are unaware that they are experiencing any of these cycles during sleep!  They simply wake up tired and feel unrested.  The most common symptoms of obstructive sleep apnea are loud snoring, intermittent breathing stoppages during sleep (unknown to the sufferer), excess daytime sleepiness, restless sleep, difficulty concentrating, poor memory, irritability or moodiness and waking up with a headache.

Snoring and sleep apnea appliances work similarly in that they slightly advance the lower jaw and tongue which helps keep the airway open while you sleep.  If you’ve ever learned CPR you were taught to pull the jaw forward to open the airway.  Try this – breathe normally and then push your jaw out or forward and feel the difference in air resistance!  It’s easier to breathe with the tongue and jaw forward.  Now, pull your jaw backwards and feel the increased air resistance.  This is what happens when you fall asleep at night.  Your muscles relax and your jaw and tongue fall back into your throat blocking your airway.  Oral appliances are small retainer type devices that, when properly fit adjusted and monitored by a dentist with advanced training, are well tolerated by patients.

Patients that have been diagnosed with Obstructive Sleep Apnea are usually given a CPAP to wear to bed.  If you have been given a CPAP to wear and you are not wearing it or would like an alternative, WE CAN HELP!!  If you are not wearing your CPAP to bed then you are not treating your serious and potentially lethal condition.  Oral Appliance Therapy can give you freedom from your “hose to the nose” and successfully treat your sleep apnea.  CPAP intolerant patients now have a new choice.

Dr. Anna Smith is an active member of the American Academy of Dental Sleep Medicine and uses the latest techniques in non-CPAP oral appliance therapy for both snoring and sleep apnea.  Sleep apnea appliances come in a variety of designs and Dr. Smith will custom fit your appliance in our office.

An oral appliance completely fits inside your mouth. There is no noise, there is no hose and no replacement parts.  The appliance requires no electricity and can be worn while flying on an airplane, camping, hunting, or at home when the electricity goes out.  The appliance simply holds your jaw in a comfortable position at night so you can continue to breathe through your mouth or nose while you are asleep, just like you do during the day when you are away.  You can sleep on your side, stomach or back when you use an oral appliance.  Dr. Smith provides more SomnoMed oral appliances than any dentists in the United States or Canada.  She teaches continuing education courses about sleep apnea to other dentists from all around the United States.

a comfortable oral appliance that fits like a retainer