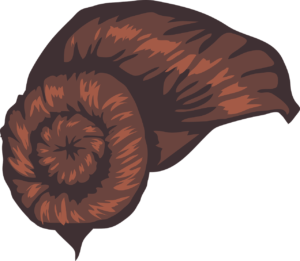 According to the Associated Press, sleep apnea was a contributing factor in the death of Carrie Fisher – known to many as the iconic Princess Leia from Star Wars. Ms. Fisher suffered a heart attack on a transatlantic flight and never fully recovered. Her heart condition was due, in part, to her untreated sleep apnea.   Ms. Fisher’s death, according to The Washington Post, shines light on sleep apnea, a common killer.

Sleep apnea is closely associated with heart problems including high blood pressure, arrhythmias, and strokes. According to Dr. Lee Surkin, a cardiologist and sleep medicine physician in Greenville, North Carolina who was recently featured on CNN, sleep apnea is a tremendous strain on the heart and other body systems.   Most people with sleep apnea tend to die of cardiovascular disease, stroke, and pulmonary problems.  In many cases sleep apnea is the underlying problem that causes the chronic stress on the body.  Sleep apnea is a time bomb.  To make the situation worse, about 90 percent of people who have sleep apnea are not aware of its presence.   This makes sleep apnea a silent time bomb.

The three biggest warning signs of sleep apnea are snoring, gasping during sleep and waking up feeling unrested.  You may feel that your bed partner is just nagging you when they complain about your snoring.  Instead of feeling offended, thank them for pointing out a potentially life threatening problem.  If your bed partner says they hear you holding your breath or gasping while you sleep do not ignore them!  It is estimated that one out of every four people is suffering with the deadly disease of sleep apnea.

It’s common for most people to put off seeing a doctor to discuss sleep apnea because no one wants to be told to use a CPAP machine.  There are other treatment options now that are very successful.  Dr. Smith has been providing oral sleep appliances for eight years.  She has successfully helped THOUSANDS of people treat their sleep apnea without using a CPAP.  Oral sleep appliances are comfortable, quiet, make traveling easy, discreet and successful.  If you snore, have been told you gasp in your sleep, or wake up still feeling tired, call Dr. Smith today for a sleep apnea consultation.